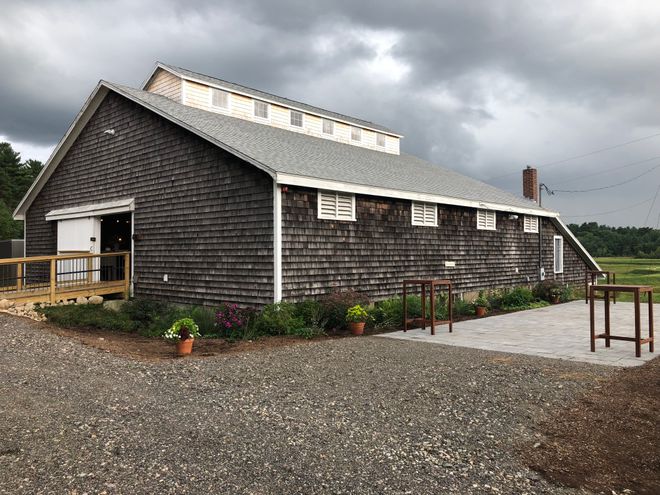 In early Fall of 2014 Ryan and Amanda went on a blind date that consisted of a walk in the woods down on Cape Cod. A mutual friend assured them both that they would hit it off and would be perfect for one another. Even with that confidence booster, both were wanting to impress the other and decided to not look at the trail map showing their "adventurous/carefree" sides, but that quickly changed when they got lost and had to exit the woods through a backyard and walk back to the car on the main road. Even with that hiccup, Amanda and Ryan love that story and love how that began their life together, because truth is they are both sticklers for a trail map. Amanda and Ryan look back on that day and laugh--so nervous yet so natural around each other. Since that day they have been inseparable and getting "lost" in the woods is a normal occurrence.

It was a chilly Saturday morning in February, Ryan and Amanda went skiing with two of their best friends and although it was cold it was still amazing conditions for hitting the slopes. Amanda and Ryan, with their friends, did a few runs bright and early then after a few falls, decided to break for lunch. At lunch nobody had a clue to what was to transpire on the next run down (except one person of course)...Once the food was eaten and the beer was guzzled down everyone prepared for another 1-2 more runs. It was a spot on the mountain that was absolutely beautiful with an overlook so Ryan decided to stop the group to take couple photos. Everyone clicked out of their skis to stand in the best position for the best view. Next thing, from what Amanda and Ryan recall, was a blur. The emotions were pouring out; hugs, laughter, tears, screaming...you name it. A proposal on top of a mountain. Could you imagine anything different? The bride and groom certainly can't.